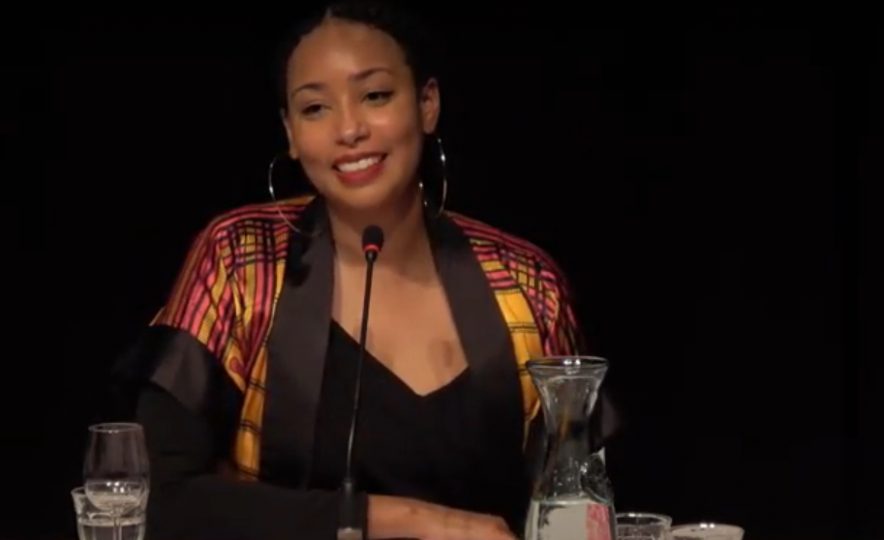 ‘We uncomprehendingly cycle off and away.’
As a poet and artist, Lies Van Gasse often builds bridges between text and image. Yet these images are not ‘literal’ translations of the words; in her graphic poems, image and text complement each other. She has also published work without images, like her most recent collection, Wassende stad, which uses language to create a living, breathing city: bright summer days, but also a scrambling crowd – a sweltering, oppressive atmosphere sometimes descending upon the poems, and then “we, who uncomprehendingly cycle off and away”.

‘Poetry that puts the awareness of background and identity into words.’
Safiya Sinclair was born in Jamaica, growing up in a strict Rastafarian family. When she moved to the US to study, she became more and more conscious of her background and her identity. Her poetry puts this realisation into words. Using a kind of English – the colonizer’s language – inflected with Jamaican patois, Sinclair writes of her homeland, its landscape and her memories of growing up. But also about being a woman caught up in patriarchal power structures, and her experiences as a black student in the American South. In her much-awarded debut collection, ‘Cannibal’, she magisterially interweaves all this with Shakespeare’s ‘The Tempest’.